10 Famous and Most Popular Festivals In India 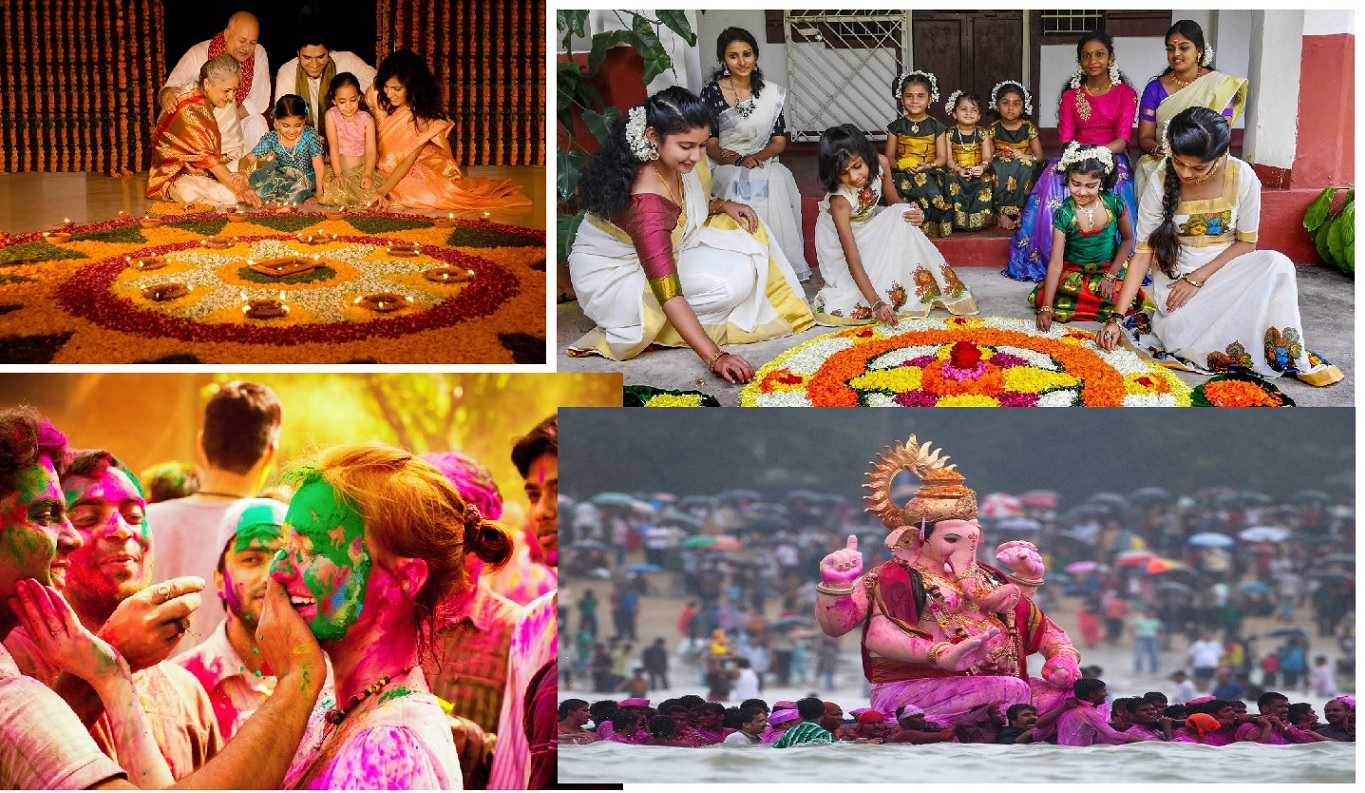 That’s why we have brought you a list of the most popular and special festivals celebrated in India.

Dussehra is one of the famous festivals of India. It is also known as Vijaya Dashmi or Ordnance Puja. It is also known as the famous festival of Hindus. On this day, Lord Shri Ram conquered Lankapati Ravan. That is why it is celebrated as a triumph of truth over falsehood. The festival is celebrated across the country in various forms. Ramlila is also organized to commemorate Dussehra in many places. After which effigies of Ravan, Kumbhkaran and Meghnath are burnt here on Dussehra.

Deepawali is the most prominent Hindu festival in India. This festival of lights is also called ‘ Diwali ‘ by some people. Deepawali means ‘ garland of lamps ‘. The festival is celebrated to commemorate the coming back home after the 14-year exile of Lord Rama. In this joy, people wear new clothes on this day, worship, fire crackers and share sweets with friends and relatives. It is celebrated every year with great fanfare. On this day, everyone illuminates their homes and paths with the light of lamps and candles, etc.

Christmas is the famous and most prominent festival of Christians. But some people of religion other than Christianity also celebrate it with great enthusiasm. The festival is celebrated as the birthday of Jesus Christ. It is celebrated with great fanfare all over the world on 25th December every year. This day is also called the big day. On this day, the church is decorated with flowers and lights. In the evening, prayers are held in the church and cakes are also cut.

Krishna Janmashtami is one of the most important religious festivals of Hindus. The festival is also known as Gokulashtami, Krishnashtami, Srijayanti. It is celebrated as the birthday of Lord Shri Krishna. The festival of Janmashtami is very popular in Mathura and Vrindavan. On this day, the Krishna temples are given grand decorations, prayers, dance ceremonies. At the same time, people keep fasting on this day and open this fast with special food at 12 o’clock in the night. In Maharashtra, the festival is famous for Janmashtami Dahi Handi.

Ganesh Chaturthi is also a major festival of Hindus. The festival was first celebrated in Maharashtra but is now celebrated with great fanfare in other states of India also. According to the beliefs of Hinduism, Bhagwan Ganesh was born on this day. That is why Lord Ganesha is worshipped on this day. A large statue of Lord Ganesha is established at many prominent places. This statue is worshipped for 9 days. 9 days later, the Ganesh statue is immersed in water with great zeal, zing and zoom.

During Navratri, 9 forms of Durga are worshipped-

9-Siddhidatri. These are called Navdurga.

Lohri is a famous festival of sikh community people. The festival is celebrated a day before Makar Sankranti. However, it is celebrated all over India. But, in particular, it is celebrated in the states of Punjab, Haryana, Himachal Pradesh, Delhi, Uttar Pradesh, Uttarakhand and Jammu in North India. On this day, family and people in the neighbourhood dance in an open space at night by creating a cordon on the side of the fire. Then they eat revadi, groundnut, lava, etc.

Raksha Bandhan, also known as the festival of Rakhi. This sacred festival of Rakhi is celebrated among Hindus. These festivals are also celebrated with great joy and gaiety throughout India by Hindu brothers and sisters. On this day, the sister takes her brother’s aarti, puts tilak, binds Rakhi on her wrist and wishes her brother a long lifespan. In turn, the brother promises to protect his sister. It is not just a festival but a symbol of our traditions.

Chhath Parv, Chhath or Shashthi Puja is a Hindu festival celebrated on the sixth day of Kartik Shukl. This unique folk festival of Surya Upaasana is celebrated mainly in the Terai regions of Bihar, Jharkhand, eastern Uttar Pradesh and Nepal. The festival here is the biggest festival of The Bihar domiciles, which is their culture. Chhath Festival is celebrated in Bihar with the big pomp and show. It is only a festival of Bihar or the whole of India which has been going on since the Vedic period and it has become a culture of Bihar. The festival here shows a small glimpse of the Vedic Arya culture in Bihar. These festivals are celebrated here in Bihar as per Surya Pujan, Usha Pujan and Arya tradition written by the sages in Rigveda.

The festival celebrated by Hindus in Bihar has also been seen to be celebrated with other religious followers including Islam. Gradually, the festival has become prevalent in the world along with overseas Indians. Chhath Puja is dedicated to Sun, Usha, Nature, Water, Air and their sister Chhathi Maiya to thank them for restoring the gods of life on Earth and request them some good wishes. Chhath does not include any idolatry.