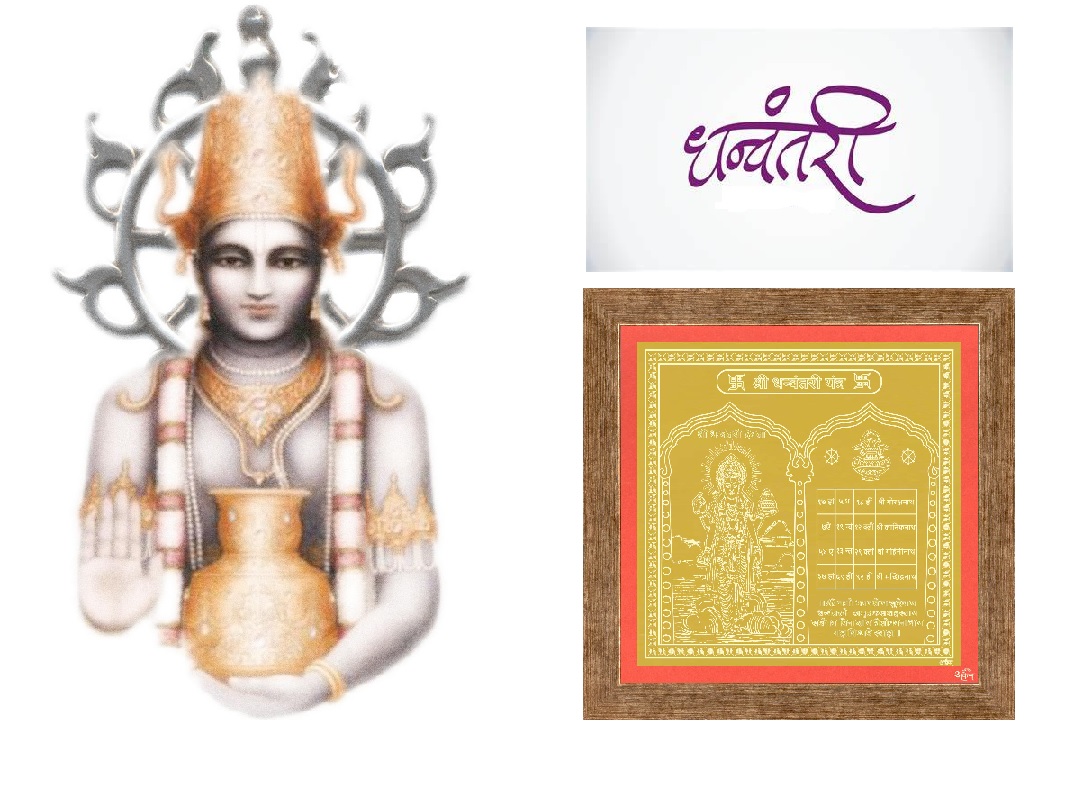 Who is Lord Dhanwantari, the God of Dhanteras, what the Puranas say
In every corner of the entire lands of Bharat, two days before Diwali, we all the people of India celebrate the Dhanteras festival in some form or the other. On the day of this Mahaparva Kartik Krishna Triodashi, it is celebrated by the Vaidya Samaj all over the world, worshipping Lord Dhanwantari and expressing gratitude to him and praying to them that they will cure the whole world and de-disease the entire human society and Provide longevity.

On the other hand, all the males and women in his memory on Dhan Triodashi buy new utensils, jewellery, etc. and worship him as auspicious and auspicious. There is a strong belief in their mind that he will keep the utensils and jewellery rich with growth and will never have the impression of poverty.

Lord Dhanwantari is considered to be the founder of the Ayurveda world and the deity of medicine. Because of his enumeration under twenty-four incarnations, devotees worship Lord Dhanwantari as an incarnation of Lord Vishnu, Shri Ram, and Shri Krishna. In the early days, they believe in the origin of Ayurveda from Brahma. And the texts of the Adi period Ramayana-Mahabharata and various Puranashave been composed, in which all the texts mentioned Lord Dhanwantari in the context of Ayurveda.

It is mentioned in the Mahabharata, Vishnu Purana, Agni Purana, Shrimad Bhagwat Mahapuranaadi. It is said that Dev and Asur were the children of the same father Kashyap Rishi. But their lineage had grown higher and therefore fought for rights. They wanted state rights on all the three worlds. The gurus of devils or demons were Shukracharya who took the asuras alive by the force of Sanjeevani Vidya. In addition, the demons, being carnivores, were known for their healthy and divine weapons. Thus, the death of the gods was more in the war.

Garuda and Markandeya Puranas-According to the Garuda and Markandeya Puranas:- It is a plot to find that the Galav Rishis were very tired and thirsty while wandering in the forest. When they got out of the forest, they saw a girl who was going out for water in a pitcher. The girl gave him a whole pitcher to satisfy him with thirst, so pleased that Galava Rishi blessed him to be the mother of a worthy son, but when he informed that he was a prostitute called Kumari Virbhadra, he took her to the Rishi Ashram, making a flower out of leaves, etc. it was put on his lap and invited and revered as the same Dhanwantari. Being invited to the Vedas mantras, he is called A Vaidya.

Vishnu Purana-According to the Vishnu Purana, Dhanwantari is mentioned as the son of Deerghtatha. It says that Dhanwantari has an ageless and disease less body and senses and is known as SarvShahtra Knowledgeful in all births. Lord Narayan had given him the blessing in his earlier life that he would be born in the dynasty of Kashiraj and perform eight parts of Ayurveda and become the devotees of the Yagya part.

Brahma Purana-According to the Brahma Purana, it is said that in the Kashi dynasty, the king of Dhanva worshipped and pleased the Ajja deity and asked for the blessing that he may incarnate as their son in their house, he fulfilled his maneuver. Possibly, This is Devoddas and because of the son of Dhanva and the incarnation of Dhanwantari is called Dhanwantari.

According to the Shrimad Bhagwat Purana composed by Mahakavi Vyas, Dhanwantari is considered to be part of Lord Vishnu and is called incarnation in incarnations.

Who is the Founder of Hinduism