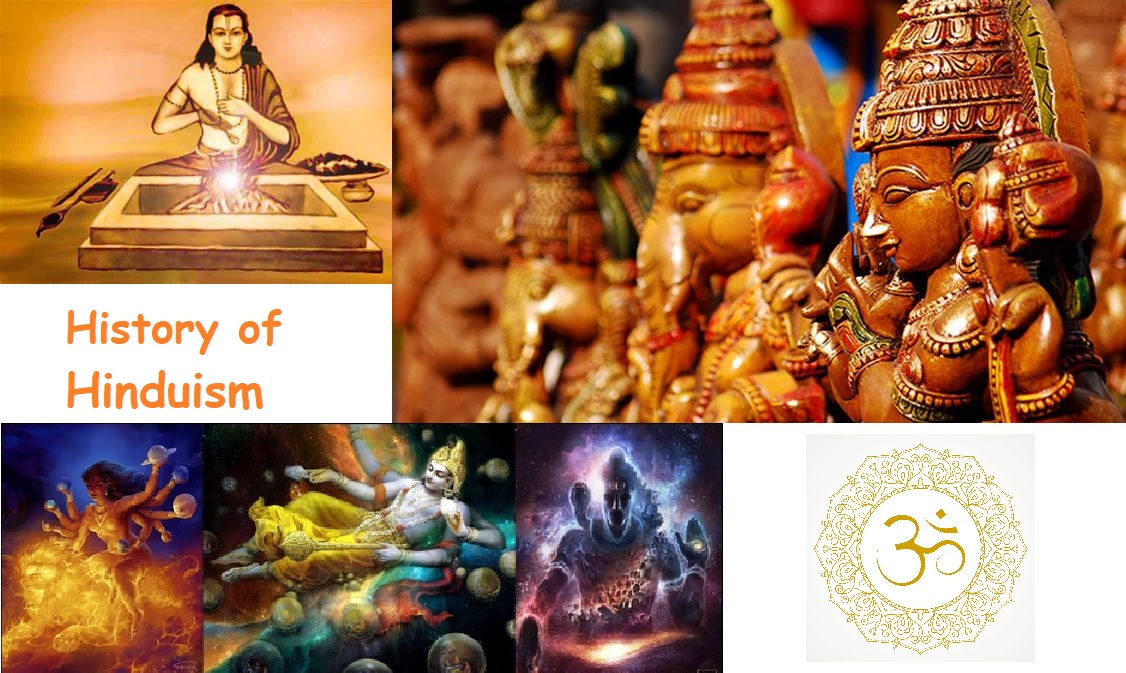 The history of Hindu Dharam is very ancient. This religion is considered to be beofre the Vedkaal period, because the Vedic period and the Vedas are considered to be different. There was an oral tradition for centuries, through which its history and texts continued. After that, the time for writing has also been very long. The Vedas are the most revered scriptures of Hinduism. The Vedas were not created either by a single person or in any one time. Scholars began the ‘Vedas’ creation in 4500 B.C.E. is believed to be. That is, it was created slowly and finally the Vedas were first compiled into three parts: Rigveda, Yajurveda and Samveda, which was called the Vedas. According to the belief, the Vedas were divided during the time of Pururwa Rishi before Ram was born. Later, Atharvaveda was compiled by Rishi Atherva. According to another belief, during Krishna’s time, Ved Vyas had written the Vedas. In writing from this value, the Vedas are 6508 years old from today. The facts of Shri Krishna’s presence 5300 years ago have been found. .
The origin of Hinduism and Jainism is in the concept of the former Aryans, which was born in 4500 BC. The geographical horizon of the Himalayan Rigveda from Central Asia (including the names and symmetry H of the rivers) are given. It stretched from the Hindukush and Punjab region to the upper galactic region.

A branch of Aryans also established the Parsi Dharma. Then, respectively, Judaism, Two Thousand BC, Buddhism Five hundred BC, Christianity just two thousand years ago, Islam came to be 1500 years ago.
According to religious literature, there are other ideas about Hinduism. It is also believed that it started 90 thousand years ago. The Ramayana, Mahabharata and Puranas mention the lineage of the Sun and the Chandravanshi kings. In addition, there is a description of the origin and tradition of many genes. It is very difficult to write all of them in a historical order, as the Puranas have expressed the history differently, which leads to disintegration and confusion in its sources, yet it is not an illusion for the known people of Religion.

In fact, the Hindus kept their history alive by singing, rote and sutra-based. That is why that history gradually became poetic and makeup, which modern people are unwilling to accept. It was a time when there were no papers and pens. History was written on rocks, on stones, and on the mind.
When you read the history texts of Hinduism, there is a mention of the tradition of manus before the sage-munis tradition, which is called Kulkar in Jainism. There are 14 Manus, respectively, who have worked tirelessly to make the society civilized and technologically prosperous. The name of the first human being of the earth was Autonomous Manu and the first woman was Shatrupa. There are eight manus mentioned in the Mahabharata. At present, there are only children of the eighth Manu Vaivaswat on earth. It was during the eighth Manu Vaivaswat that Lord Vishnu had a fish incarnation.
In the Puranas, the beginning of Hindu history is believed to be from creation origin. It may not be appropriate to say that it started from here, yet in the Hindu history books Mahabharata and Puranas, Manu (first human) refers to the generation of Lord Krishna.

Who is the Founder of Hinduism