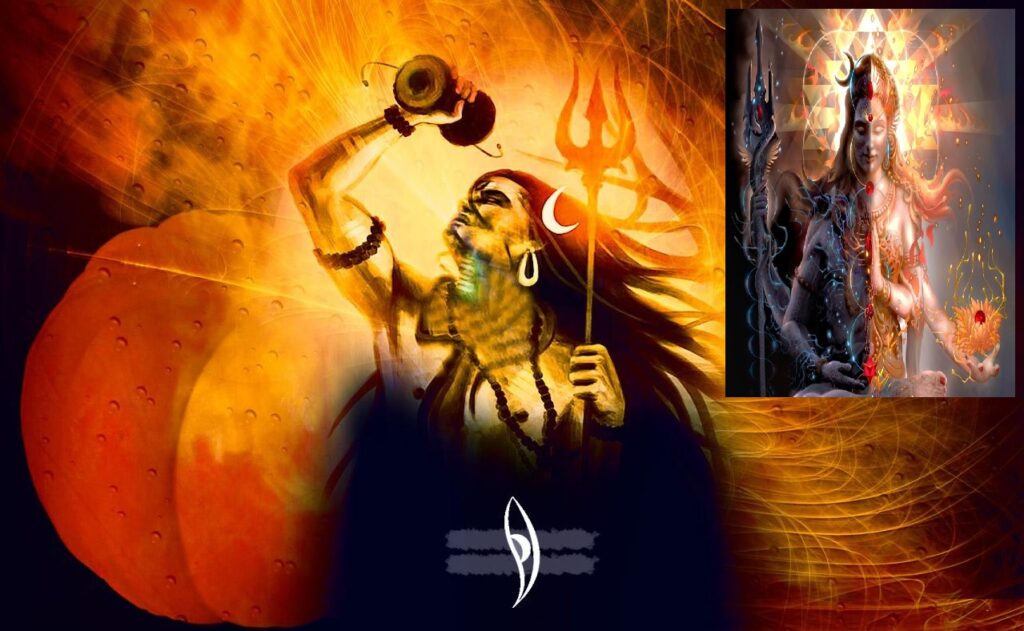 The festival of MahaShivratri is a festival dedicated to Lord Shiva. It is regarded as the major festival of India for Shaiv devotee.

There are many beliefs regarding this day, but according to what is prominent, Lord Shiva was married to Goddess Parvati on the same day. According to the Hindu calendar, the festival is celebrated on Krishna Chaturdashi of Falgun month.

This day is a good opportunity for us to receive Shivji’s grace because Shivji is also called Mahadev and Deva.

Therefore, it is of special importance to worship on MahaShivratri day.

Why is MahaShivratri celebrated?

Every year, MahaShivratri is celebrated with a great fanfare on Krishna Chaturdashi of Falgun month.

Many beliefs related to celebrating this day are prevalent,

According to a legend, at the time of churning the sea, the flames of severe poison arose from the mouth of Vasuki Naag (venomous snake) and it became a terrible poison mixed in the sea water.

In view of this crisis, all Deities, Rishi, Muni, etc., went to Lord Shankar and began to pray for defense. Accepting their request, Lord Shankar held the poison in his throat with his yoga power.

At the same time, the moon also appeared from the waters of the sea and on the insistence of the gods, Lord Shiva held the moon on his forehead for the peace of the poison of his throat.

For this incident of Lord Shiva protecting the world by holding poison in the throat, the gods glorify all the devas in the moonlight of the moon that night.

It symbolizes our move from ignorance towards knowledge.

On this day, devotees of Lord Shiva wake up in the morning and praise and chant Lord Shiva after bathing. On this day, many people also go to Shiva temples for darshan and special puja like Rudraabhishek, Mahamrityunjay Jap.

On this day, temples are very crowded. At the same time, many Shiva devotees also go for Ganga bathing on this day.

On this day, devotees who visit the temple offer water and hemp, dhatura and flowers, etc., to receive the special grace of Lord Shiva.

Devotees should stay away from wheat dal and rice etc. during MahaShivratri Pujan and fasting.

On this day, Shivling must be anointed because the anointing of Shivling on this day gives freedom from all kinds of planetary problems and brings the desired fruit.

There has been no specific change in celebrating the Mahashivratri festival from ever before. However, on this day, there is a lot of congestion for the darshan of Lord Shiva in temples than before.

In earlier times, people used to visit their local temples on this day and easily worship Lord Shiva, but in today’s time people want to visit the big and famous Shiva temples.

In the earlier times, people in villages used to go to orchards and fields and pluck the hemp and dhatura, flowers, etc.. But now at present people buy them and offer these to God ,which shows that today’s Maha Shivratri festival is no longer celebrated in the same vigor.

In fact, if this is the case, this festival will not be able to escape the practice of marketization and will remain just a form of pretentiousness in the future.

MahaShivratri festival is one of the most important festivals of Hinduism.

It shows the importance of Godly power in our lives and shows us the immense sacrifice of Lord Shiva for the welfare of mankind and creation.

This day reminds us of this, if you do good deeds and have reverence for God, God must also protect us.

At the same time, there is a belief that Lord Shiva remains very close to us on the day of MahaShivratri and on this day, those who worship and ratri jagran (awakening at the night) receive his special grace.

MahaShivratri is also linked to fertility on the day. This festival comes at a time when trees are filled with flowers and after the cold weather, the earth is awakened from dormancy and once again become fertile.

MahaShivratri is ancient in history and the evidence of its celebration is even earlier than the fifth century.

According to many median Puranas such as Skanda Purana, Linga Purana and Padma Purana, MahaShivratri is a festival specially dedicated to Lord Shiva. That is why this festival is of so much importance to Shaiva devotees.

The story of the Fire pillar of Lord Shiva

Many mythological stories are prevalent since MahaShivratri day. There is a belief that once Brahmaji and Vishnu have sparked controversy as to who is the best in both.

In which Brahmaji was claiming to be the best because he was the creator of the world, and Lord Vishnu was elevated himself as a guardian of the whole world. Then there appeared a vast Linga.

The two Gods decided that the one who first trace of the end of this Linga would be considered elevated. So both of them came to find the ends of the Shivling in the opposite direction.

Vishnu ji returned due to non-availability of end. Brahma Ji also did not succeed in locating the source of origin of Shivling, but he came and told Vishnu that he had reached the end.

In which he also described the flower of Ketaki as a witness. At the false of Brahma Ji, Shiv Ji himself appeared there and was angry, he cut off a head of Brahmaji, and cursed the flower of The Ketaki that during his worship flowers of Ketaki would never be used.

Because this incident took place on the 14th day of Falgun month and On the day, Lord Shiva manifested himself as Shivling. Therefore, this day is celebrated as MahaShivratri.

The legend of Halahal Poison

Similarly, another story is pertaining to drinking of the poison by Lord Shiva. According to which, when the sea was being churned out by Gods and devils to attain nectar.

Then many things appeared from the sea. One of them was the Halahal poison, the poison was so intense and deadly that all the Deva and devils refused to touch this poison-filled pitcher.

When this problem created a tragedy all over the world and all the creatures in the world were in distress, all the deities came to the shelter of Lord Shiva and wished to protect the whole world from the Halahal poison.

Then Lord Shankar drunk this terrible poison and took it into his throat. So that his throat turned blue and he was called Neelkanth. Since then, the same day is celebrated as MahaShivratri festival.

At the same time, according to the third most prevalent story about MahaShivratri, when the last wife of Lord Shiva dies, Lord Shiva becomes very unhappy. Then, when Sati is born as goddess Parvati. But Lord Shiva is not even looking at her.

Thereafter, he takes the help of KaamDev (Cupid) to persuade him so that the penance of Lord Shiva can be dissolved and KaamDev dies in this endeavour.

With time, love blossoms for Goddess Parvati in the heart of Lord Shiva and he decides to marry her. The day of Amavasya of Falgun month has been fixed for this marriage. Therefore, MahaShivratri festival is celebrated on this day.