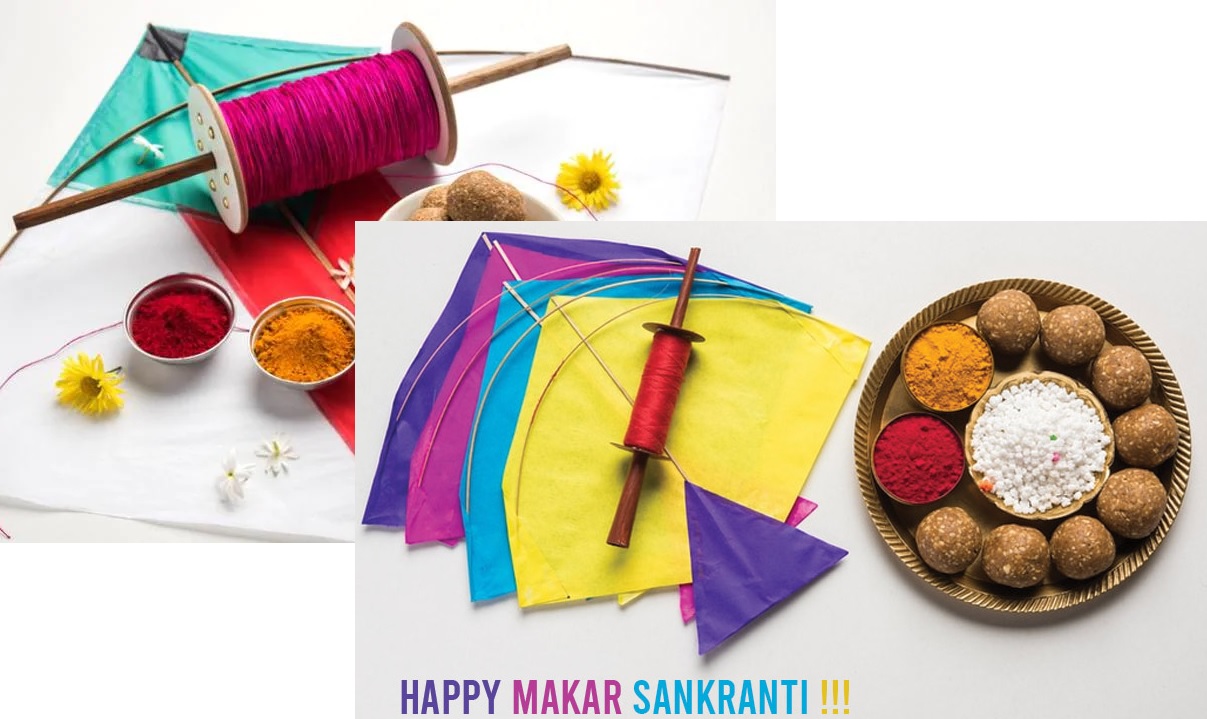 It is recognised that the donations made on Makar Sankranti Festival would have received 100 times more merit than other days. At the same time, the Makar Sankranti festival is also famous for its kite-flying across India.

Why is Makar Sankranti celebrated?

There are many beliefs about Makar Sankranti festival, but the most prevalent recognition of the subject is that according to Hinduism, when the sun enters from one zodiac to another, it is called Sankranti and the number of these zodiac signs is twelve altogether but Four zodiac signs like Aries, Capricorn, Cancer, Libra are the most prominent and this special festival of Makar Sankranti is celebrated when the sun enters Capricorn.

This day is considered to be very virtuous in Hinduism and recognises that the donation to this day is many times more fruitful than other days. At the same time, if this festival of Makar Sankranti is seen in a common perspective, there is another reason to accept it because this is the time when kharif (cold weather) crops are harvested in India and because India is an agrarian country, this crops is a major source of income and livelihood for farmers. That is why, for the attainment of his good crops, they also use this day to thank God.

How do you celebrate Makar Sankranti?

Makar Sankranti is a festival of celebration and bliss as it is also the time when india prepares to welcome the new Kharif crop. So, during this festival, people get a lot of happiness and enthusiasm. On this day, the farmers also seek blessings from God for their good crops. So, it is also known as crops and farmers’ festivals. On this day, people first bathe in the morning and then donate.

This donation is also known as Siddha, which is given to a brahman or a poor person, mainly like rice, Chivada, Dhundha, Urad, sesame, etc. However, on this day in Maharashtra, women exchange sesame and jaggery with each other and speak “तिल गुड़ ध्या आणि गोड़ गोड़ बोला”. Which means take the sesame-jaggery and speak sweet, in fact, it is a good way to deepen the relationship with the people. On this day, children also see a lot of enthusiasm because it is the day on which they are allowed to fly kites freely and have fun.

This day is celebrated in various ways in different states of India. In states like Uttar Pradesh and Bihar, Makar Sankranti festival is also called Khichdi. On this day, there is a practice of eating and donating khichdi in these states. In West Bengal, there is also a huge fare at Gangasagar place on this day, where millions of devotees gather to perform relgious customs. In West Bengal, there is a tradition of donating sesame on Makar Sankranti Festival.

At present, Makar Sankranti has also been modernized and marketed like every festival. In the first time, on this day, the farmer thanks God for his good harvest and all kinds of food items were made from the things available at home. At the same time, the home-made materials were also shared by the people in their neighbourhood, which led to the development of a sense of affinity among the people, but in today’s time people buy all the things from food to decorative items from the market.

So that people do not see the same enthusiasm for this festival. In the earlier times, people used to fly kites in open plains or empty spaces. Which was not likely to cause any accident, but it has been the opposite in today’s time. Now children fly kites from their roofs and at the same time, they use a manjha like Chinese Manjha. Which are very dangerous for us because it is fatal to animals and birds and also creates many problems for us.

The festival of Makar Sankranti has its own importance both religiously and scientifically. It is believed that Makar Sankranti is the day when Ganga Ji was followed by Raja Bhagirath and went to the ocean through Kapil Muni’s ashram. So this day is considered to be very sacred for Ganga bathing.

There is a very famous verse associated with this subject, which works to explain the importance of this day.

This verse means that whoever donates pure ghee and blankets on the day of Makar Sankranti gets freed from this bond of life and death after his death and attains salvation.

At the same time, there is a scientific reason to obey Makar Sankranti, because when the sun comes to Uttarayan, it reduces the temperature of the sun. The cold winter air causes all kinds of diseases in our body, and if sunlight is taken on the day of Makar Sankranti, it is very beneficial for our body.

At the same time, there is also a scientific reason to bathe in rivers on Makar Sankranti because the sun’s Uttarayan during Makar Sankranti causes a special evaporation and this cold evaporation creates many special properties in the water of rivers.

So that if bathing in rivers is done on this day, a variety of diseases can also be relieved. Similarly, from the day of Makar Sankranti, the nights begin to shrink and the days begin to grow. Therefore, Makar Sankranti is also considered to be a day leading from darkness to light, which serves to communicate a new power and hope in us.

The festival of Makar Sankranti is celebrated according to astronomical calculations. The festival was celebrated on December 24 during the reign of the great ruler Harsh Vardhan of the sixth century. Similarly, during the reign of Mughal emperor Akbar, the festival was celebrated on the 10th of January, as every year the sun enters Capricorn by 20 minutes late, so the date continues to grow and that is why the date of the festival is one day ahead every 80 years increases. According to the Hindu religious book Mahabharata, Bhishma Pitamah had sacrificed his body on makar sankranti.

At the same time, on this day, Lord Sun goes to meet his son ShaniDev and since God ShaniDev is also the lord of Capricorn, this day is also known as Makar Sankranti. At the same time, there is a mythological tale about the special importance of Ganga bathing on this day, according to which the Ganga was followed by King Bhagirath on the day of Makar Sankranti. This is the reason why a huge crowd of devotees are seen to bathe in the Ganges on this day, especially in Gangasagar in West Bengal where lakhs of devotees come for bathing on this day.