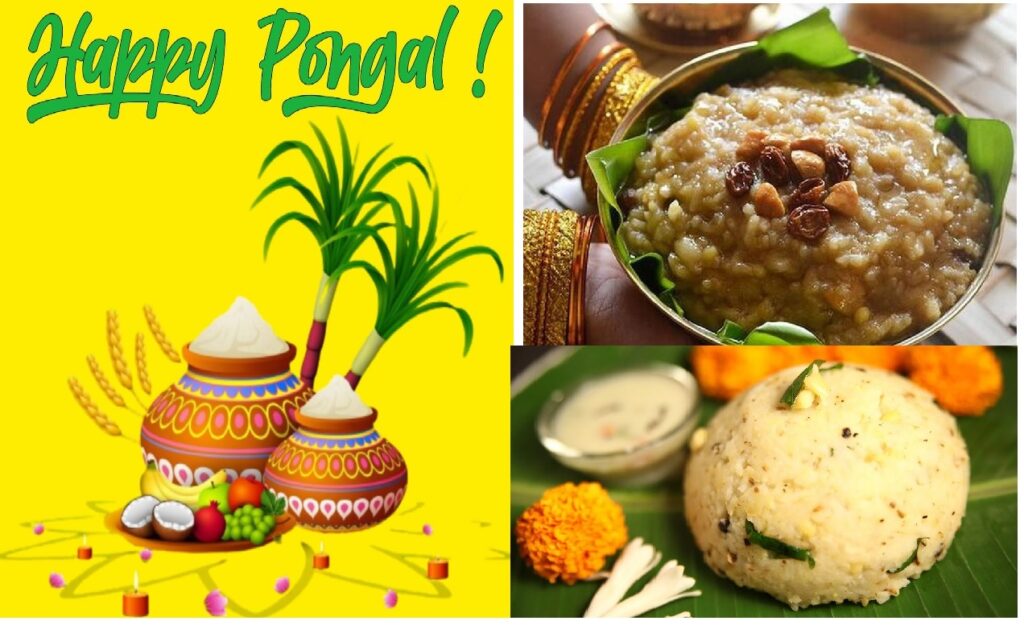 Pongal is one of the major festivals of Hinduism, this festival is celebrated with great enthusiasm especially by Tamil Hindus. The festival is being traditionally celebrated for more than 1000 years.

The festival begins on 13th or 17th January every year and lasts for five days, mainly as the festival of harvesting.

The festival is considered to be a symbol of prosperity and is used to worship sunlight, rain and cattle for wealth attainment. The festival is also celebrated with great fanfare by overseas Tamils living abroad.

Pongal is the festival of which state?

Pongal festival is mainly celebrated in states like Tamil Nadu and Pondicherry, though the festival is celebrated with great fanfare by Tamils and expatriate Tamils living in different states across the country.

Why is Pongal celebrated?

In this festival which is celebrated for four days, special thanks are given to nature.

At the same time, the offerings offered to Surya Dev at the festival of Pongal are also known as Pongal dishes and at the same time, another meaning of Pongal is ‘ boiling well ‘, which is why this dish is well prepared on fire in sunlight by boiling.

How do Pongal celebrate? (Tradition and custom of Pongal)

This special festival of Pongal lasts for four days. In which nature and various deities are thanked for the good harvest and prosperity.

These four days of Pongal are different from each other and all four have their own distinct significance.

The first day of Pongal is celebrated as the Bhogi Pongal.

Indradev is worshipped on this day, people worship Indradev on the first day of Pongal for rain and good harvests.

The second day of Pongal is acknowledged as Surya Pongal.

On this day, new rice, jaggery and mung dal kept into the new utensils along with with sugarcane and ginger etc. are put of banana leaves and worshipped; and with the help of it, a special dish is prepared to offer it to Surya Dev (God of Sun), this significant Prasad is also known as ‘ Pongal ‘.

This offering offered to Surya Dev is made in the light of the sun.

The third day of Pongal is acknowledged as Mattu Pongal.

The bull is worshipped on this day. There is a story about this subject, according to which one of the Ganas of Shiv Ji, Nandi made some mistake.

In the penalty, Shivji asked Nandi to help human beings on Earth to cultivate by becoming bulls. So on this day, cattle are worshipped and thanked for the help of human beings.

The fourth day of Pongal is known as Kanya Pongal or Kannam Pongal.

Which is considered by women with a lot of fanfare. On this day, people visit temples, tourist places or even their friends and relatives.

How does Pongal be prepared? (Sweet Pongal Recipe)

At the festival of Pongal, as special dish of rice is made known as Pongal cuisine. This dish is of many types such as sweet pongal, salty pongal, etc. On this subject, today we are telling you how to make sweet pongal.

The most important thing about this subject is that traditionally Pongal is made in sunlight.

To make sweet pongal, first wash the rice and keep it soaked for a while and also wash and prepare the dal.

Then add ghee to the cooker and heat it and when the ghee is heated, add the dal and stir it for a while.

Then add a little water and cook both.

Then take a little jaggery in a wok as needed and add half a glass of water and stir it for a while and then add the rice and dal that are already cooking and mix well.

When it is well cooked, add cashew-raisins, cloves and cardamom, etc., and cook for a while, then your sweet Pongal will be ready.

At the same time, the four-day festival has a special Pooja (worship) of the sun because the sun is considered to be a grain and a life-giver. So on the second day of Pongal, Surya Dev is being used to offer a special dish called Pongal cooked in sunlight.

There are also several kinds of mythological beliefs associated with it. It is believed that once a person named Kovalan in Maidur went to the goldsmith to sell her anklets at the behest of his wife, Kannagi.

Goldsmith told the king on the basis of suspicion that Kovalon, who has come to sell anklets, is very similar to the stolen anklets of the Queen. On this point, the king sentenced Kovalan to death without any investigation.

Angered by the death of her husband, Kaggani performed the utter Tap (tenacity) of Lord Shiva and sought the blessing to destroy the guilty king and his kingdom.

When the people of the state came to know about the incident, all the women of the state together worshipped mother Kali on the banks of the Killiyar River and when she became happy, they asked to inculcate compassion inside the Kaggani to protect their kingdom and the king.

Pleased with the adoration of women, mother Kali awakened compassion in the Kannagi and protected the king and the subjects of that kingdom. Since then, the last day of Pongal is worshipped with a lot of fanfare at the Kali Temple in the form of Kanya Pongal or Kannam Pongal.

At the same time, inscriptions reveal that in ancient times, the festival was also celebrated as a Dravid Shasya (new crop) festival. The inscription of the Thiruvallur temple shows that on this day, a variety of donations were given to the poor by the Kilutunga king on this day.

With this special festival, dance ceremonies and dangerous wars with the bull were held, and the most powerful men who won the war were chosen by the Kumaris (wannable brides) as their husbands.

With the passage of time, the festival also changed and later the festival became famous as it is celebrated as Pongal at present.

That is why this festival is associated with the celebration of the new crop as well as a variety of mythology and legends.