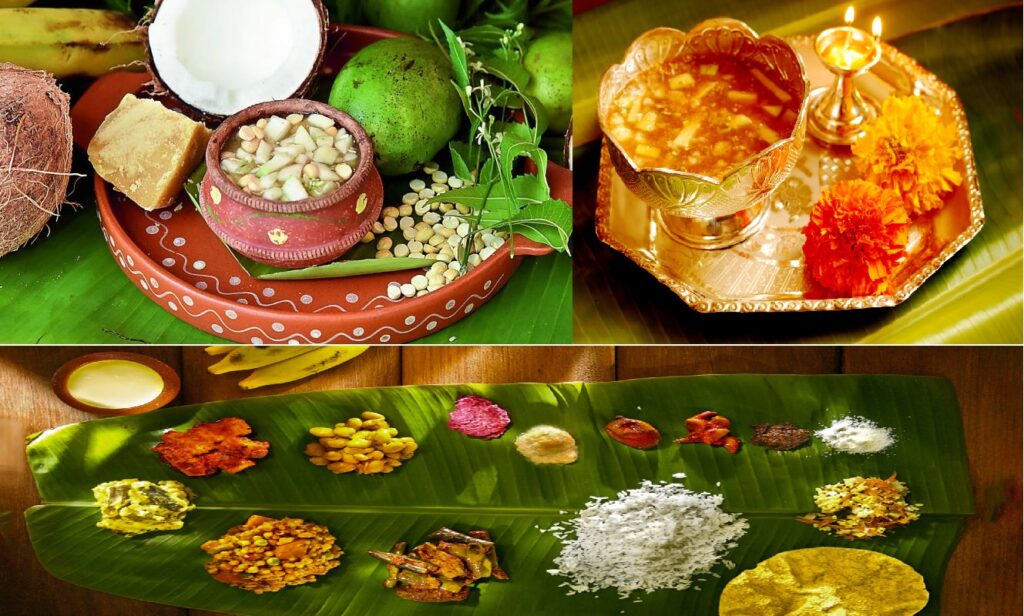 Ugadi or, also known as Samvatsardi Yugadi, is a major festival in South India. It is celebrated as a new year in states like Karnataka, Andhra Pradesh, Telangana.

The festival is celebrated on the first day of Chaitra month. According to the Gragarian calendar, the festival falls in March or April.

In South India, the festival is celebrated with great fanfare as with the advent of spring, this festival is also an occasion for the arrival of a new crop for the farmers.

Ugadi Festival is celebrated in which state?

The sacred festival of Ugadi is celebrated in Karnataka, Andhra Pradesh and Telangana.

Why celebrate Ugadi festival? (Why Ugadi Festival is Celebrated)

The festival of Ugadi is one of the most important festivals in South India, celebrated in the joy of the advent of the new Year.

According to a similar recognition, when Shivji cursed Brahma Ji that he would not be worshipped, but in Andhra Pradesh, Brahhaji is worshipped on the occasion of Ugadi. This is because there is a belief that on this day Brahma Ji started the creation of the universe.

That is why this day is also celebrated as Kannada and Telugu New Year. At the same time, according to mythology, Lord Vishnu had descended into the Matsya avatar on this day.

There are many historical and mythological descriptions about Ugadi. It is believed that there was a coronation of Lord Shri Ram on the day of Ugadi. At the same time, Emperor Vikramaditya conquered the doubts on the same day.

If seen from the general perspective, this festival of Ugadi comes at a time when the spring season in India is at its peak and at present the farmers also get a new crop and because India is an agrarian country.

Therefore, since ancient times, this festival is celebrated by the farmers as a thank you to God for the new crop.

The festival is considered to be one of the most prominent festivals in Karnataka, Andhra Pradesh and Telangana.

On this day, people are very enthusiastic about it, and on this day they wake up in the morning and clean their homes, after cleaning the houses, people decorate the entrance of their homes with mango leaves.

At the same time, there is also a practice of making a special drink on this day, known as Pachchadi. This drink, called Pachchadi, is made in a jar by mixing things like new tamarind, mango, coconut, neem flowers, jaggery.

This drink is also distributed by the people in the neighbourhood as well as drinking. On Ugadi, one more thing is eaten by people in Karnataka, other than Pachchadi, known as Bevu-Bella.

It is made up of a mixture of jaggery and neem, which makes us aware in our lives that in life we have to undergo both sweetness and bitter experiences.

The following Sanskrit verses are pronounced by the people while eating this sweet-bitter mixture.

The above verse means : “We should eat neem leaves for years to survive, achieve a strong and healthy body and to achieve a variety of money and to destroy all kinds of negativeness. ”

At the same time, many tasty dishes like Puranpoli and Laddu are made in the houses on this day. On this day, people also invite people around them to eat in their homes.

On the festival of Ugadi, people offer jasmine flowers and garlands to idols of God, especially worshipping Brahha Ji.

There is a special method of worship on the day of Ugadi and by following it, this festival receives the special grace of God.

On the day of Ugadi, wake up in the morning and finishing routine deeds, we should paste our bodies with Ubatan, mixture of flour and oil. Then take the perfume, rice, flowers and water in the hand and worship by pronouncing the mantras of Lord Brahha.

At the same time, making rangoli or swastika signs at home on this day creates positive energy in the house.

On this day, if you lay a white cloth, make an ashtdal with turmeric or saffron and establish the golden statue of Brahha ji on it, you will receive the special grace of Brahha ji.

On the day of Ugadi, we must drink a pachchadi drink. This pachchadi drink is made in a jar by mixing new tamarind, mango, coconut, neem flowers and jaggery.

In Andhra Pradesh and Telangana, a dish called Bovattu or Polelu or PuranPoli is made on this occasion.

The same dish is known as Borelu in Telangana. It is a type of paratha, which is made in the native with the help of water, chana dal, wheat, jaggery and turmeric etc. This recipe is eaten with a pachchadi.

In today’s modern times, there has been a lot of difference in celebrating the festival of Ugadi than before.

Now people are not able to take time to enjoy this festival because of today’s hectic life. In the earlier times, there was a lot of enthusiasm among the people about this day.

People used to invite people from their neighbourhood to eat at home on this special festival, but today everything has been compromised, people do not want to follow the old traditions, nor are there any special interest in it.

If we are to uphold the main purpose of the Ugadi festival, we must try to follow its ancient traditions.

This festival of Ugadi is of special importance in South India. The festival is celebrated on the first day of Chaitra month which further enhances its importance.

This is because the spring is at its peak at the time of this festival. Because of which the weather is very pleasant, as well as there is happiness about the new crop in the people at this time.

This festival of Ugadi works to take us closer to nature because if you look at a drink called Pachchadi, which is to be drunk during this festival, it is very salubrious for the body.

That prepares our body to fight weather changes and also enhances the resistance of our body.

At the same time, there is a belief that there is a success in starting a new work on this day.

So, on Ugadi, people in south Indian states start new works like opening of shops, commencement of building, etc.

The history of Ugadi festival resieds from the ancient times and the festival is being celebrated in the states of South India for many centuries.

It is also celebrated as a new year by the people who obey the Chandra panchag (lunar calender) in South India.

Historians believe that the festival began during the reign of Emperor Shalivahan also known as Gautamiputra Shatkarni. At the same time, spring is at its peak during this festival, making the weather very pleasant.

At the same time, it was a special occasion for the farmers because at this time they had to get a new crop, which they sold and bought the goods they needed.

That is why this festival of Ugadi is still given so much respect by the agriculturists.

Ugadi is the festival that gives us a sense that we should focus on the future, leaving behind the past and not be depressed over any failure, rather make a new beginning with positivity.